“Anything’s A Bonus” – A Conversation With Red Rum Club

Red Rum Club are a six-piece outfit from Liverpool, England. Fronted by Francis Doran, the band has released three studio albums, with their most recent effort being 2021’s How To Steal The World. The band recently released a single “Vanilla,” and is currently embarking on a U.S. Tour. I chatted with Doran and drummer Neil […] 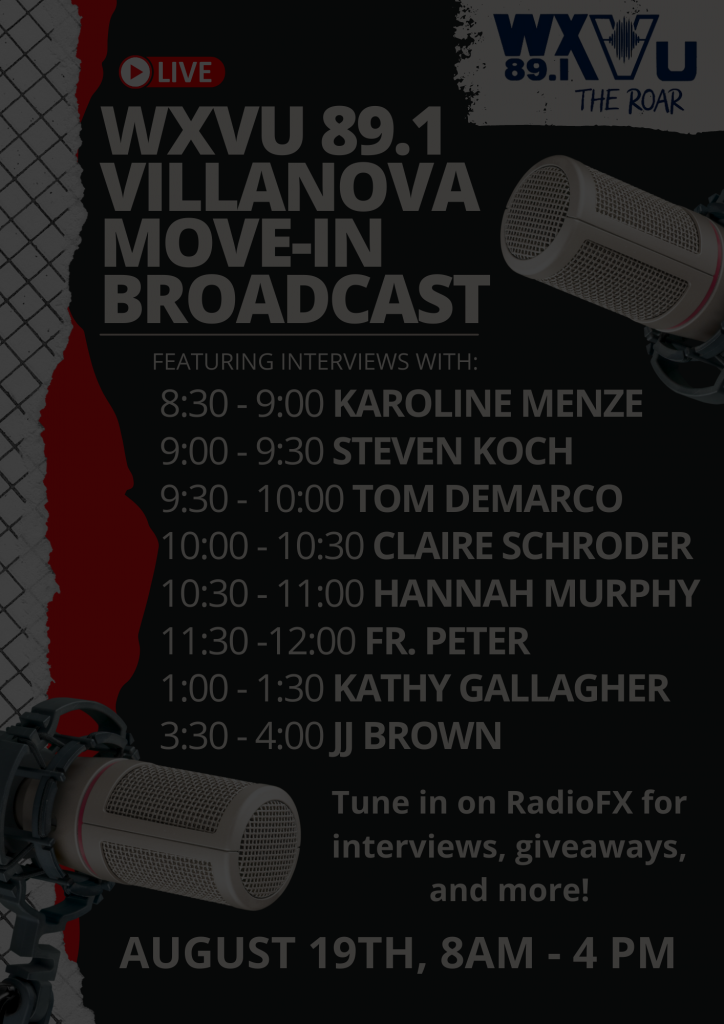 WXVU welcomed new students and welcomed back returning students with its annual Move-in Broadcast on August 19th. WXVU had a line-up of live interviews featuring conversations with leaders from all aspects of campus life, including an interview with University President Fr. Peter. Listeners can now hear these interviews on Spotify and Apple Podcasts at the […]