Written by David Szczepanski on January 17, 2023

Primo Spears, who was the leading scorer for the Hoyas on the season, led all scorers with 19 points on Monday afternoon. In the first seven minutes of the game, Jordan Riley and Brandon Slater did most of the scoring. Riley accumulated nine points for the Hoyas and Slater led the Wildcats with six points. The Wildcats led at the first media timeout by a score of 14-11.

After a basket from Georgetown, Villanova and Brendan Hausen responded with a huge three to boost the Wildcats lead to six, 19-13. With 7:32 left in the first half, Villanova went on an exciting 8-0 run including threes from Cam Whitmore and Caleb Daniels, and an electric slam dunk from Whitmore.

At the end of the first half, Villanova’s defense struggled to keep up with the Hoyas’ offense. Villanova was able to get into the bonus early; however, the Wildcats just shot 5-9 from the line in the first half. With 33.8 seconds left in the first, Mark Armstrong grabbed a rebound and knocked down a three at the other end of the floor. Villanova would take a 37-33 lead into halftime after leading by 11 a few minutes earlier. The Wildcats had balanced scoring from most of their players and should have been up by more than four points at the break.

Villanova’s late first half defensive collapse carried into the beginning of the second half. After a Jordan Riley jumper to tie the game at 42, the Georgetown Hoyas used a 9-0 run to take their first lead of the game. At one point midway into the second, Villanova was being outscored 17-7 and outrebounded 26-13.

Luckily for the Wildcats, the Hoyas committed seven fouls within the first ten minutes of Half #2, which meant that Nova would be in the single bonus for the rest of the game. However, Villanova could not finish shots or even get to the free throw line.

With 7:49 left, it seemed like Georgetown was pulling away with the game as they lead by six; however, Cam Whitmore hit a crucial three and cut the deficit to just three points, 62-59.

Villanova and Georgetown would exchange buckets for next five minutes until Eric Dixon produced a huge block to help Villanova tie the game at 71 with 1:19 left. Dixon struggled for most of the game, but really came alive in the second half to propel Villanova to victory. After the block, Dixon made a tough layup and the extra free throw to give Villanova a 74-71 lead.

Primo Spears brought the Hoyas within one after hitting both free throws. Then, Villanova turned the ball over with just thirty seconds left in the game and leading by one. The Wildcats defense rose to the occasion, and Slater came up with the steal from Spears. Brandon Slater found the open Whitmore, who secured the Villanova win with an emphatic dunk.

Overall, Villanova just held on in a nerve-wracking game against the 0-7 Georgetown Hoyas. The Wildcats are now 3-5 in Big East play and will take on St. John’s on Friday. 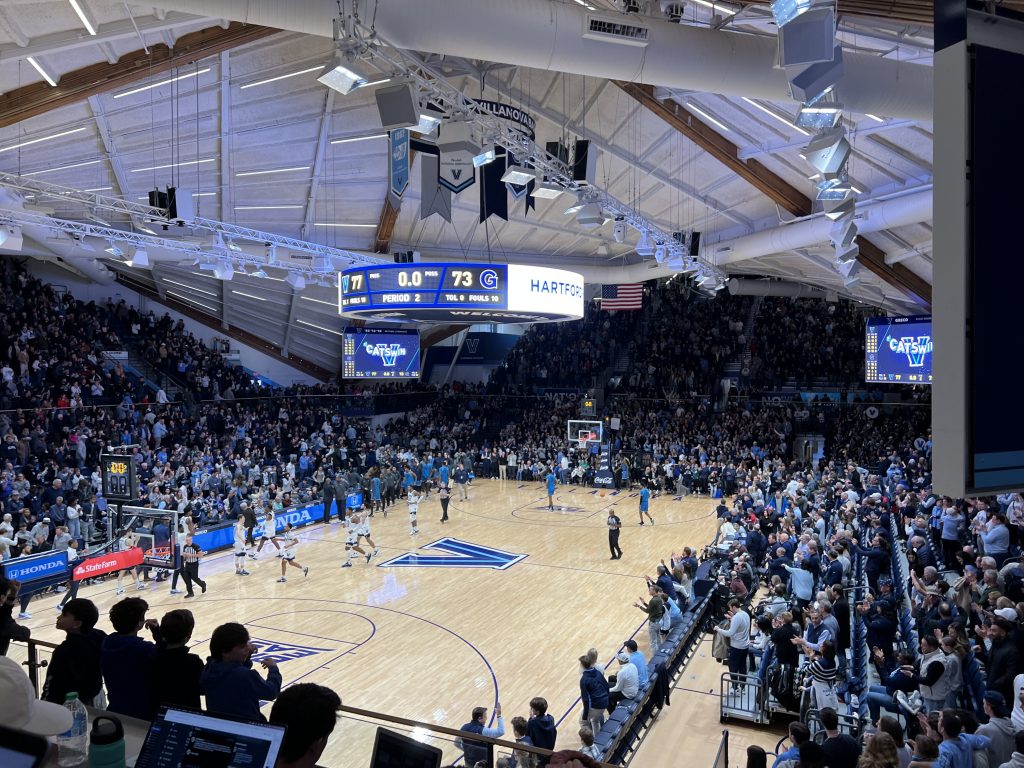 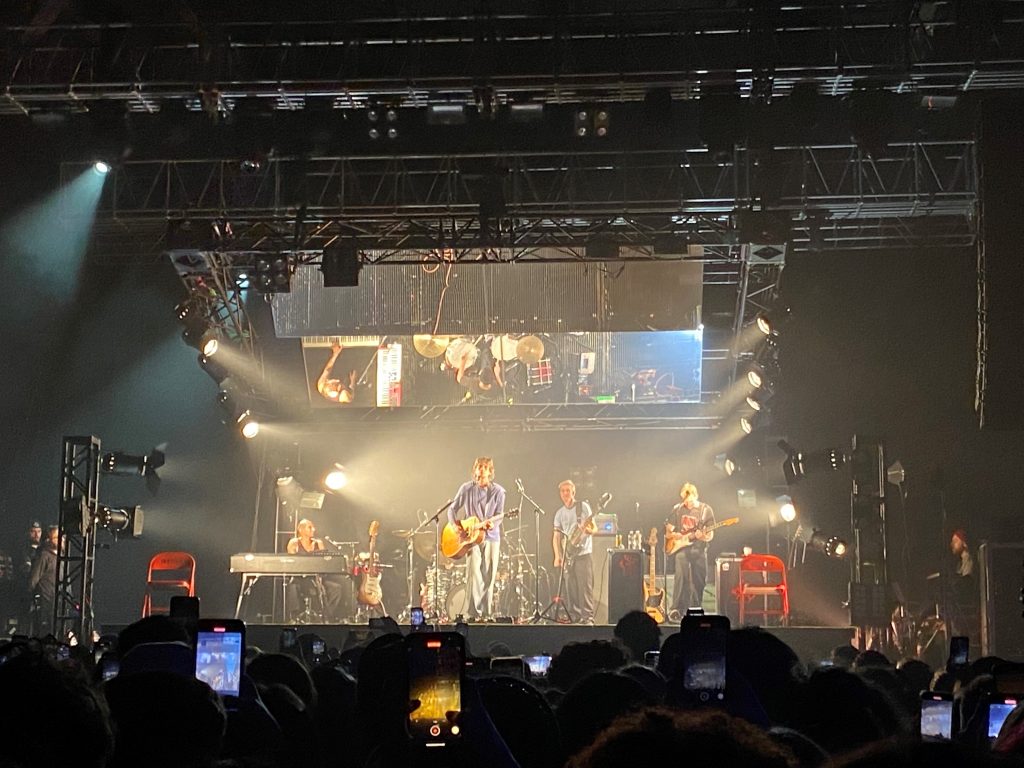 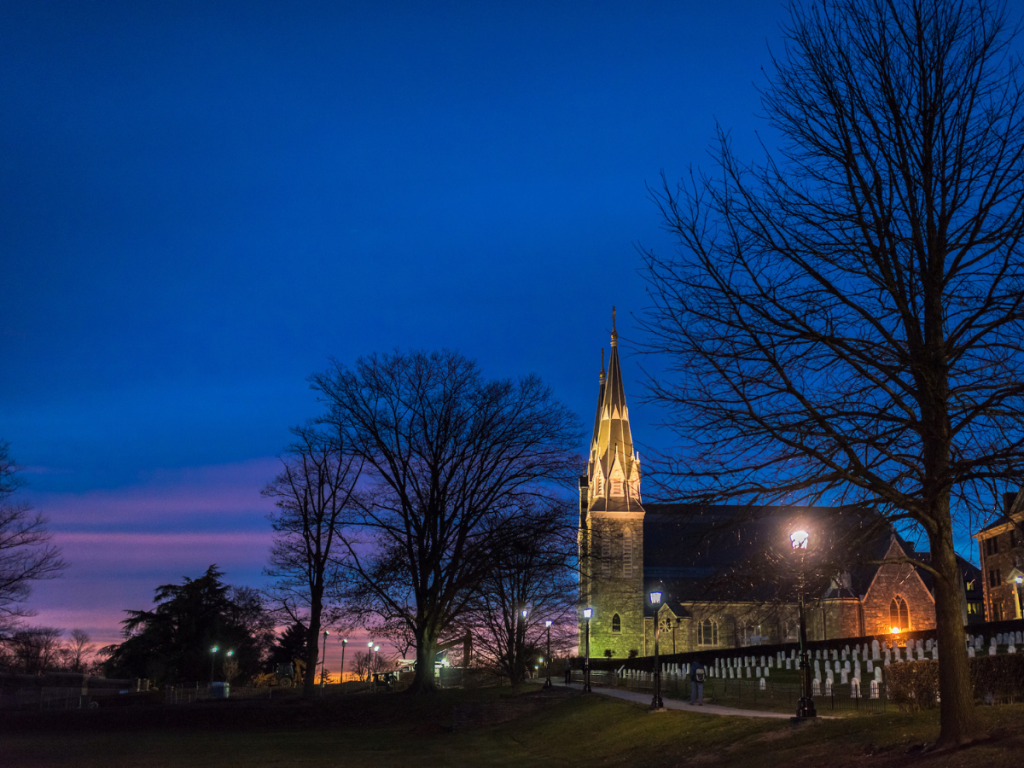