Written by David Szczepanski on October 25, 2022

For the first time this season, Villanova plays back-to-back games at home. The Wildcats, with an overall record of 4-3 (2-2 in CAA play), come into this matchup against the Hampton Pirates after just beating Albany with a last second field goal. The Hampton Pirates are also 4-3 overall, but have struggled against CAA teams this season going just 1-3. Hampton’s only win in CAA conference play was against Albany, 38-37 in OT, on October 15th. Hampton has lost to Maine, Delaware, and recently was blown out by Richmond, 41-10. Since Villanova crushed Maine and played very competitively against Richmond, the Wildcats are definitely favored to win this matchup depside the similar records.

Watkins and the Offense

Connor Watkins is searching for another big game this week against Hampton. In last week’s win against Albany, Watkins looked efficient while throwing the ball, and did not scramble too much, which was a problem in Villanova’s loss to Richmond a couple of weeks ago. Villanova’s leading rusher, TD Ayo-Durojaiye, also needs to have another huge game with the absence of Jalen Jackson. Ayo-Durojaiye ran for a season-high 136 yards last week, and now has 493 rushing yards on the season. Watkins will also continue to target Jaaron Hayek and Rayjoun Pringle, who led the Wildcats’ receivers with 143 yards last week against the Great Danes.

A Glance at the Opponent

At times, Villanova looked improved on defense last week against Albany, specifically in the first half. However, the Wildcats still need to tackle better and cover the out routes more efficiently. Pirates QB, Malcolm Mays, has a 55% completion rating this season and 1,184 yards. He has thrown 13 touchdowns, but he also has been picked off 11 times. Mays was sacked three times last week against Richmond’s solid defense. Hampton’s number one running back, Darran Butts, has rushed for 364 yards and two touchdowns. However, Butts only had one game this season of over 70 rushing yards: October 15th against Albany (124 yards on the ground.) Pirates’ WR, Jadakis Bonds, has eight touchdowns through the first seven games of the season. Bonds averages 17 yards per reception and has recorded 583 total yards this season.

WXVU will have full coverage of Villanova vs. Hampton beginning on Saturday at 12:45pm with the Roar Pregame Show with Stephen. Pat, Dominic, and David will have the call from Villanova Stadium at 1pm. If you are in the Philadelphia area, you can listen to 89.1 on the FM Dial. You can also listen to our coverage by downloading the RadioFX app and searching for “Villanova University” in the “Search for Station” tab. 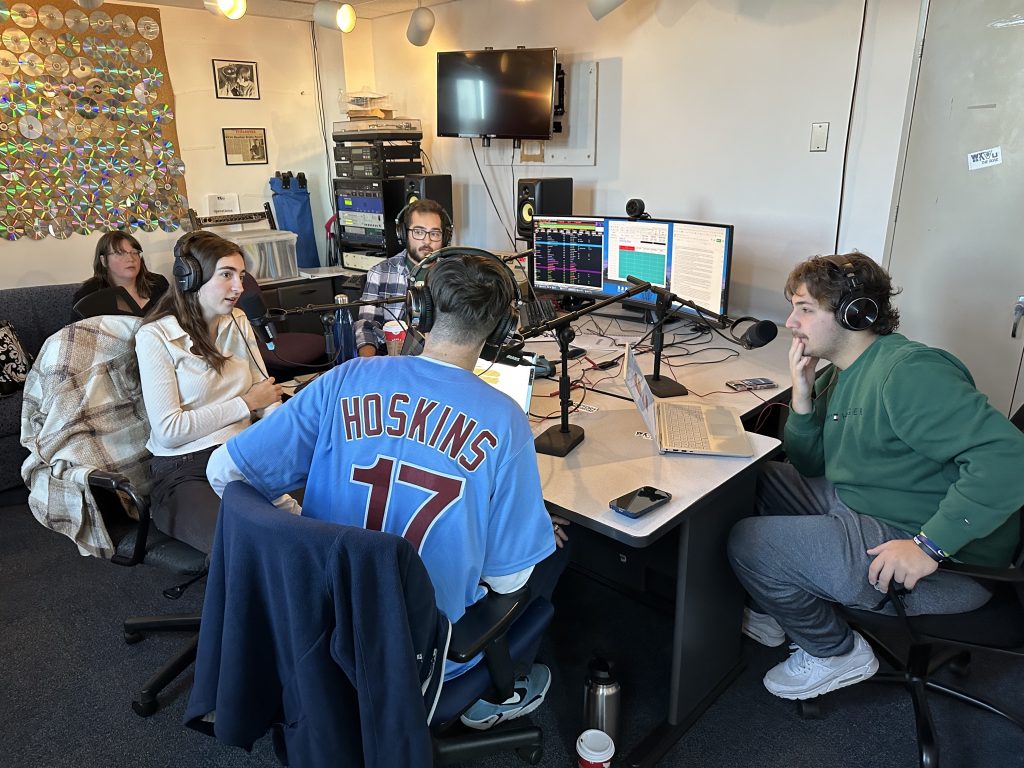 WXVU CAMPUS NEWS MINUTE FOR THE WEEK OF OCTOBER 24